Kelsey Merritt is the first supermodel from the Philippines to perform in the lingerie show of Victoria's Secret 2018.

When Kelsey Merritt moved to New York City from the Philippines in 2017 to pursue a modeling career, she had big dreams.

And when she became the first Filipino model to walk in the Victoria’s Secret fashion show in 2018, the beauty couldn’t be happier, saying: “I can’t believe I’m walking for Victoria’s Secret. I do. I feel like I’ve won a beauty contest.”

To get to where she is today, Merritt has come a long way from her humble beginnings. The beauty was born and raised in Pampanga, a province northwest of Manila, she grew up in a family with three siblings. Her father worked in real estate, and her mother was a housewife.

Merritt’s first job was working at a local coffee shop when she was 15 years old. Around that time, she saw that some of her friends were going to model castings and she decided to “imitate” them.

“Even if I don’t belong to a modeling agency, I’m still offered fashion shows and photo shoots. At 15, it’s already pretty good work.”

Despite working as a model, Kelsey Merritt still pursues her education seriously. Merritt studied advertising at Ateneo University, one of the most prestigious schools in the Philippines. Because her first language is Filipino, she is very nervous when speaking English with her classmates.

“I’m not very comfortable because my classmates are so chic. Whenever I speak Filipino, they will talk back to me in English . . . I’m a little embarrassed about my English because of the accent. My words, but now I know I have nothing to be ashamed of.”

In 2015, she was discovered through Instagram by the CEO of the famous modeling agency Wilhelmina, who then invited her to New York to work for four months. She got a contract with Vera Wang and was photographed by Patrick Demarchelier.”

After graduating with a bachelor’s degree in 2017, Merritt moved to New York to work. Soon after, she caught the eye of Victoria’s Secret, where she was selected to participate in two catalog photo shoots and to perform for the company’s major fashion show.

Merritt admitted she was extremely nervous when it came to the casting – The beauty had gone to church and prayed before, she asked God to bless her.

When this beautiful model learned that she had won the Victoria’s Secret show, she was very proud, the beauty said the brand is very famous in the Philippines and she considers it a gift for her loved ones back home.

In the past two months of preparing for the show, Merritt has cut sugar from her diet and exercised seven days a week, usually twice a day. She said: “Every model will tell you about their dream job, and my dream is to act for Victoria’s Secret. Being part of the show is amazing.”

Sexy, seductive style of Korean plus-size models: Being sick is not the prettiest 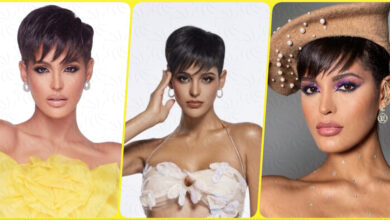 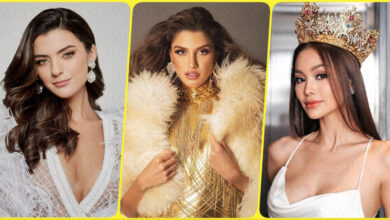 Announcing the list of the top 15 most beautiful Miss World 2022: Everyone shines brightly 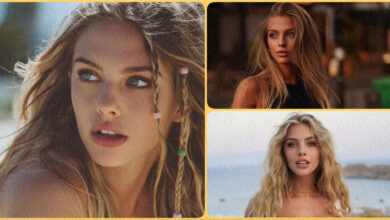 Beauty like Venus of a beauty from Germany: Perfect face, enchanting body 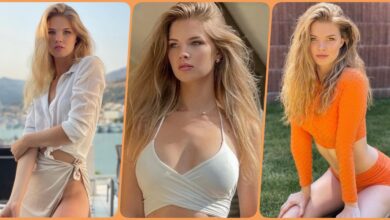 Ukrainian beauties with fiery and daring looks: Different from the usual angelic beauty of women in this country

Back to top button
Close
Close